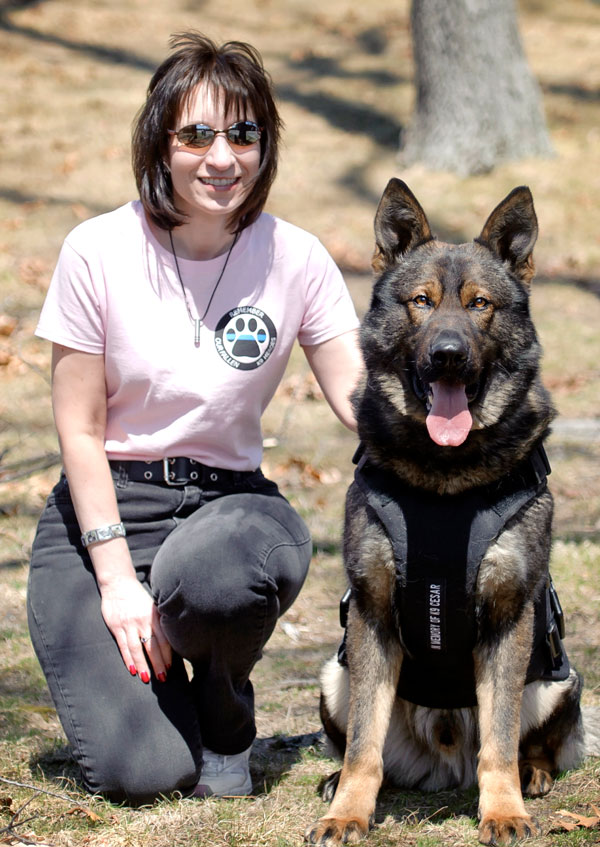 Sandy Marcal is a lifelong animal lover who has dedicated many years to promoting the wellness of animals. She has dedicated over the past 21 years working with K9 teams across the country and assists in securing funds for the organization’s programs and services. Ms. Marcal established the “Healthcare for K9 Heroes” program which offers a pre-paid medical insurance grant for self-funded K9 units in 2016. She produced and hosted an internet/cable television production called, “The Pet Zone” featuring monthly pet professionals for four years. Previously she organized fundraising events for over a dozen different non-profit animal rescue organizations. She currently shares her life with 4 rescue cats. 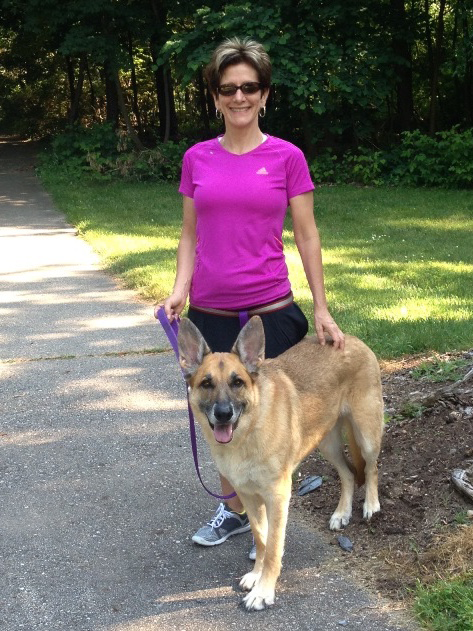 Kelly Kammeraad is a lifelong animal lover who grew up with boxers and basset hounds as family members. She got her first pony at five and has since had a menagerie of various types furred and feathered beings over the years. Currently she has a Belgian Malinois named Arwen who excels in agility and keeping her Bengal cat Pi as rounded up as possible for any feline. They all enjoy glamping, road trips, and most outdoor activities.

Kelly works as a consultant to the life sciences industry where she provides thought leadership on program creation and project management in information security and systems lifecycle governance through the lens of FDA regulations for risk management in Biotech and Medical Devices. She is also an active supporter of law enforcement with many friends and family who have served over the years.

Kelly has been a volunteer for Vested Interest in K9s for 10 years and is honored to serve as a volunteer board member. 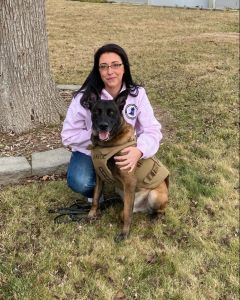 Tanya Everett is a Human Resources Director/Risk Manager professional who is also a Claims Administrator and Criminal Justice Billing Specialist. She works closely with the local Washington Sheriff’s Office as a result of her position with the County. Her other half is a K9 Sergeant with the Okanogan County Sheriff’s Office and both of his K9s have received body armor from Vested Interest in K9s, Inc. To pay the generosity of donors forward, Tanya began volunteering her time to Vested Interest in K9s, Inc. in 2018. Tanya is the mother of 6 year old Belgian Malinois, K9 Havoc and 4 year old German Shepherd, Jaeger and resides in Omak, Washington. 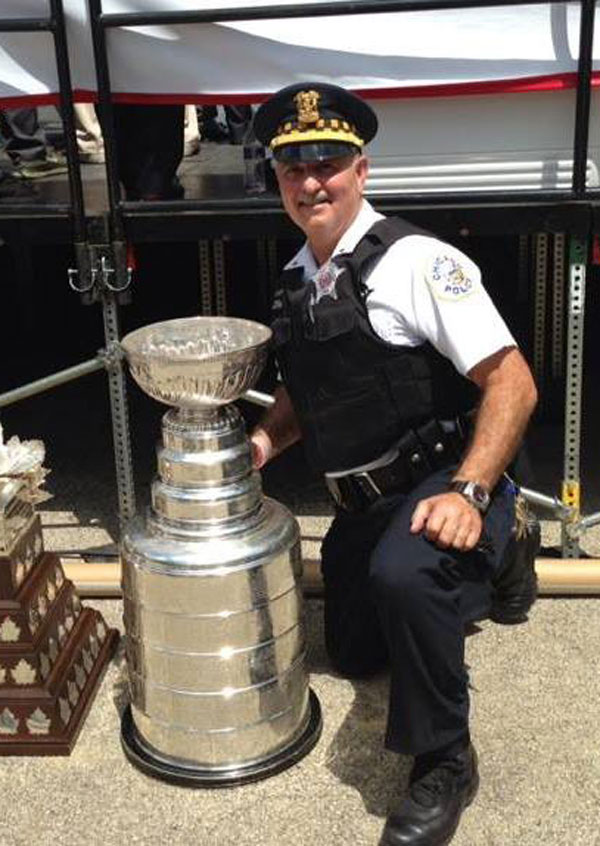 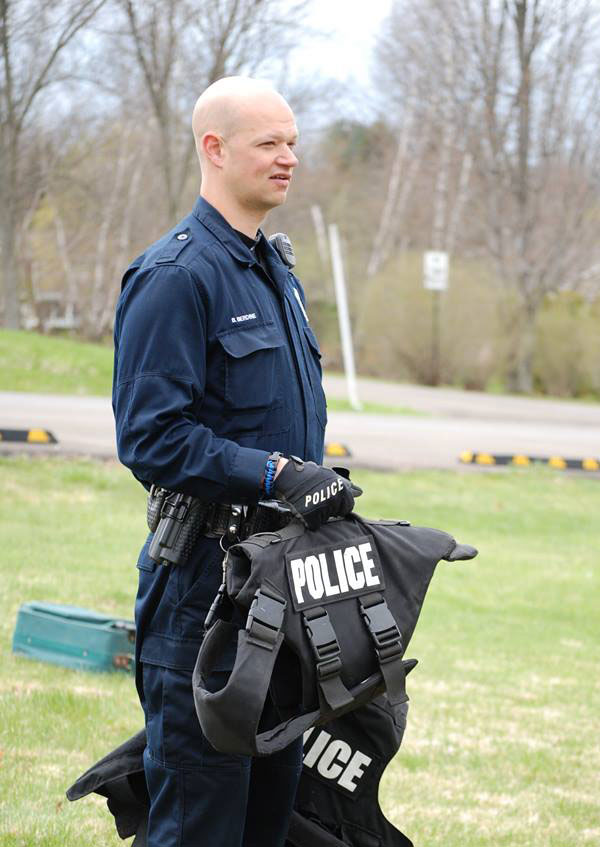 Brian Berdine retired from the Johnson City Police Department, NY in 2017 due to a health condition. Brian has been working with police K-9’s since 2001 beginning as a decoy and then becoming a handler. Brian is also a New York State Certified Police Canine Trainer and Examiner for Patrol, Narcotics Detection and Explosive Detection. His partner of 10 years, K-9, C.J recently passed away from cancer. Following the passing of K-9 C.J. Brian was re-assigned to the Detective Division and then promoted to Road Patrol Sergeant, however he continued to work with K-9 Teams in his region. K9 C.J. was a recipient of a ballistic vest through the first Vested Interest in K9s, Inc. Groupon Campaign in 2012. 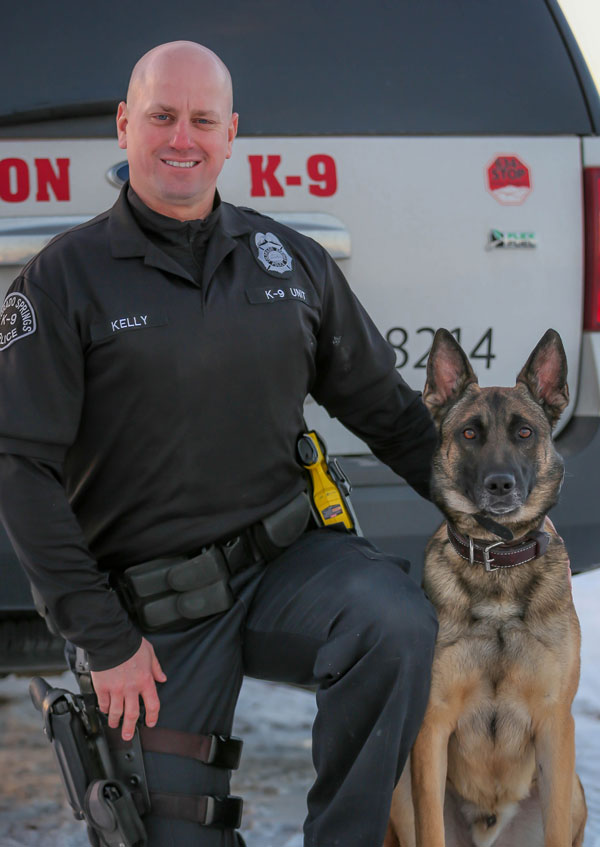 Officer Brian Kelly has been a member of the Colorado Police Department (CSPD) since January of 2001.  He is currently assigned to the CSPD’s Specialized Enforcement Division Tactical/K-9 Unit.  Officer Kelly has been a handler with the CSPD’s Patrol Canine Unit since August of 2006 and is currently working his third certified police canine, Zev.  His former partner, K9 Broc was a recipient of a ballistic vest from Vested Interest in K9s. Officer Kelly is a Certifying Official with the NPCA, Field Training Officer and Firearms Instructor.  He served twenty-six years in the United States Air Force. 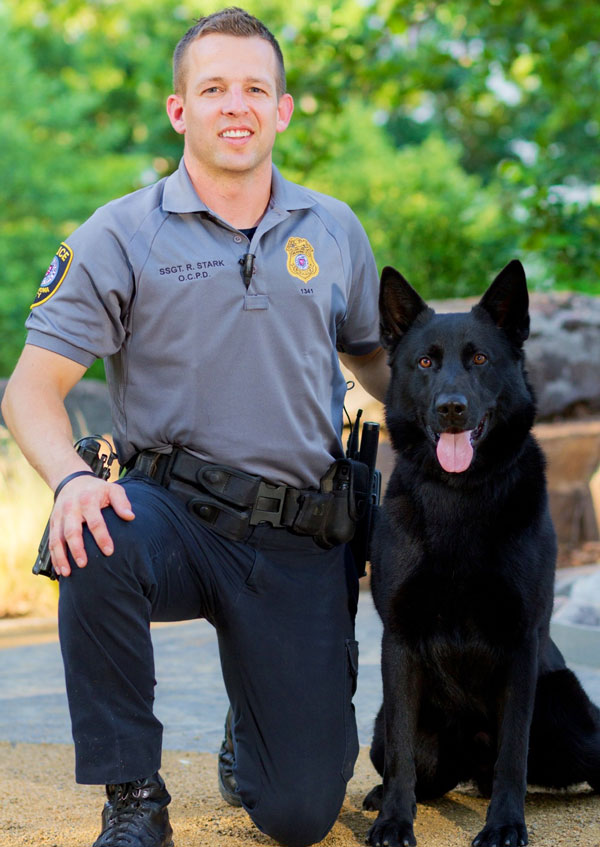 Master Sergeant Ryan Stark is a 21 year veteran of the Oklahoma City Police Department.  He has been assigned to the K9 Divison since 2006, as well as the Tactical Unit. MSgt. Stark is currently partner with his third K9 partner, Kayne, a German Shepherd trained in patrol and narcotics detection.  After the untimely death of MSgt. Stark’s second partner, Kye, who was killed by a suspect in the line of duty in 2014, Stark’s five year old daughter, Tayte raised over $8,000 on behalf of Vested Interest in K9s, Inc.  In, 2015, Kayne was one of seven recipients of a ballistic vest from the donated funds his daughter raised. 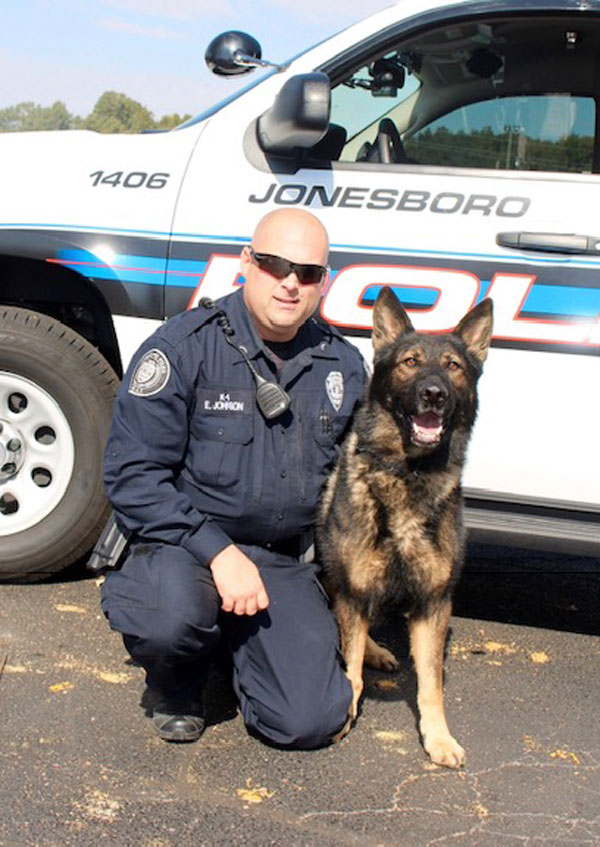 Sergeant Erik Johnson is a 10 year veteran of the Jonesboro Police Department in Jonesboro, Arkansas.  He has been assigned to the K9 Unit and SWAT team since 2012.  His current duty assignment is the JPD Street Crimes Unit.  Sergeant Johnson was partnered with K9 Gabo who sadly passed away in January 2020.  On December 11, 2018, K9 Gabo was shot 5 times during a standoff while trying to apprehend the armed suspect.  4 rounds passed through Gabo critically wounding him but the 5th and most likely the fatal round was stopped by Gabo’s ballistic vest which was donated by Vested Interest in K9s, Inc. in 2015 in Memory of K9 Rocco of the Pittsburgh Bureau of Police. 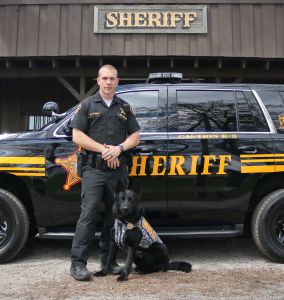 Deputy Justin Galbraith has been a member of the Fulton County Sheriff’s Office in Ohio since December of 2007.  He is a certified Taser Instructor, OC Spray Instructor, and Defensive Tactics Instructor.  He is assigned to road patrol, the K9 unit, and works with the narcotics division.   His K9 partner Fazzo received a donated vest from Vested Interest in K9s, Inc  in 2017.  Deputy Galbraith and Fazzo were the winners of the Vested Interest in K9s, Inc. first  Chevy Tahoe Sports Utility Vehicle giveaway in 2018.